A good practice for its development is what is known as Test Drive Development (TDD): test-driven development. That is, first write the test with all possible cases and then the source code, which must pass the test successfully. Therefore, the project is built based on the requirements established in the test. With this, a more robust, secure and maintainable code is achieved, as well as a faster development. We have already covered this in a previous article, which you can read here

Why is it important to test? 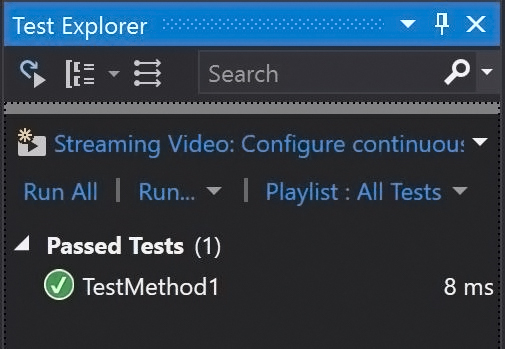 Before moving on, it is interesting to state the importance of working with this method.

A test is the means that leads us to know if a process is correct or works properly. It is necessary to detect errors in the code in early phases of development, reducing the cost of your solution. It is also essential to test if the requirements are met, finally delivering a quality product with reliable results.

Testing is often considered to be an expensive and expendable phase. But, precisely, if the tests are left for the end, they end up generating a greater effort in hours and economic investment than if they had been planned during the development life cycle (being able to prevent errors in advance).

What are unit tests?

These types of tests consist in isolating a part of the code and verifying that it works perfectly, validating the behavior of the logic so that it works in all possible cases. They increase the readability of the code because they help us understand the code base and make it easier to make changes more quickly, if necessary.

They also allow refactoring the code later and ensuring that your code continues to work correctly. This way, the final code will be clean and of good quality. Being unitary, they divide the code into small independent fragments, that is, it is possible to test different parts of the same project without having to wait for others to be completed.

There are some tools to automate language-based testing:

This way, we see that unit tests are used to verify the operation of a single element with a perfectly limited scope. Any dependencies on other elements must be replaced by predefined simulation data. This differentiates them from, for example, integration tests, which are used to check the interaction between two or more elements, and even the interaction of the system with the production environment.

Discover how we can help you

Please leave us your question and one of our assistants will contact you asap.